Westwood Center Project as of 1998

Located near FM 1604 at Culebra Road, the project originally comprised 417 acres on the northwest side of San Antonio, near Sea World of Texas. The area along this outer loop around San Antonio took over three years to gain the necessary approvals for the sewer and water services to accommodate the development of both single family homes and retail for the intersection that has evolved. 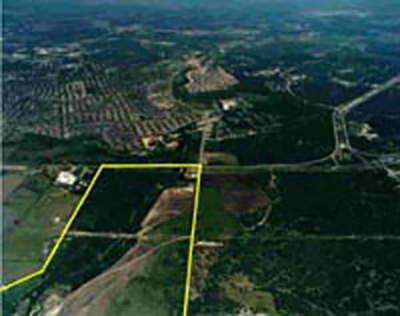 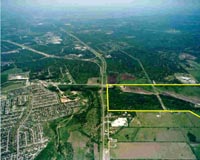 Click on photo for close up view. Close up file size 234K; estimated 138 seconds to load. 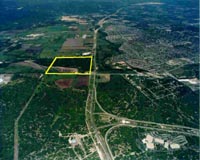 Click on photo for close up view. Close up file size 203K; estimated 121 seconds to load. 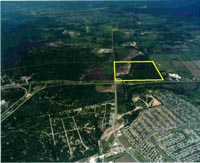 Currently, all of the residential property has been sold or contracted for the location of nearly 500 homes. Construction of the first street in the residential area is undergoing the city approval process and construction started in December 1998. The city has approved the preliminary development plan for the overall project. The sewer contract for the property has final approval and the lift station serving the property is operating. The project has had detailed review for a master drainage plan for the overall property. All flood permits have been issued. Additionally, all preparatory zoning has been performed and approved by the City of San Antonio. Retail zoning, B-3, has been acquired for the FM 1604 frontage and multi-family zoning, R-4, has been approved for most of the Culebra Road frontage. 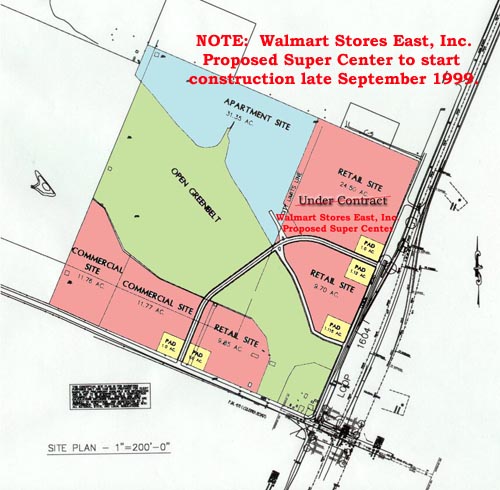 Wayne Harwell Properties, Inc. has also made a deal with the city for part of the property to be used as a park. Details to be posted soon.

The roadways that would be directly affected by the proposed development are Leslie Road, Loop 1604, and Culebra Road. Leslie Road presently is a two-lane rural type roadway serving as a detached collector street to Loop 1604. As Loop 1604 is improved to a full freeway, Leslie Road will serve as a frontage road to the freeway, from the north end of the Stonebridge development to Culebra Road. That portion of Leslie Road would be designated for one-way southbound traffic movements.

Loop 1604 is presently being improved to a full freeway north of Culebra Road. Some of the existing connections between Leslie Road and the main lanes will be maintained. However, near Culebra Road, access to and from the main lanes would be limited to designated entrance and exit ramps. The southmost proposed public street to serve the 70.1 acres of the Stonebridge development north of Culebra Creek could be accessed by traffic using the exit ramp to Culebra Road. The other street and drives onto Leslie Road would be limited to right turn movements.

Westwood Center Project As Of 1998 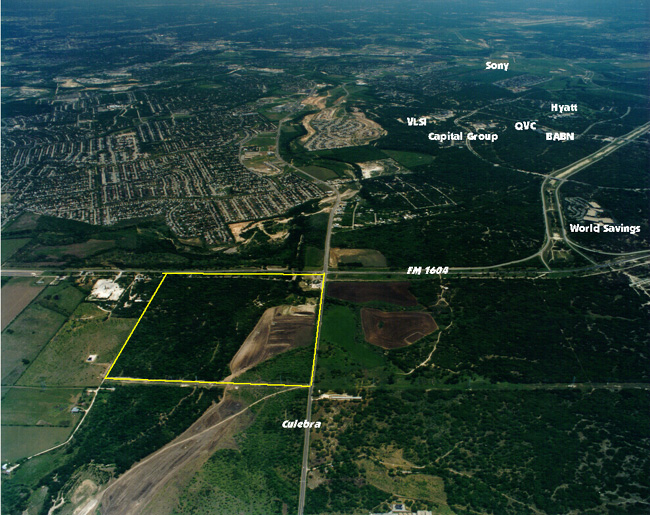 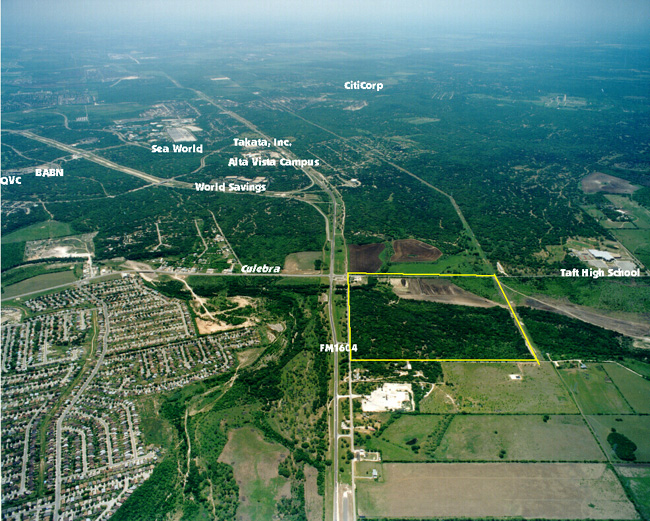 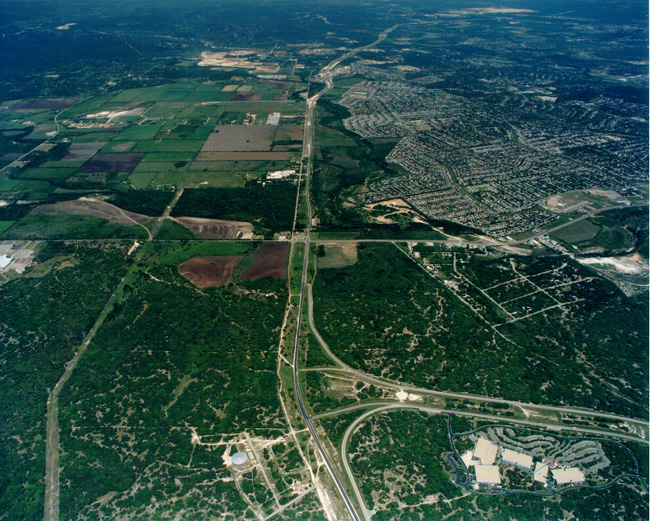 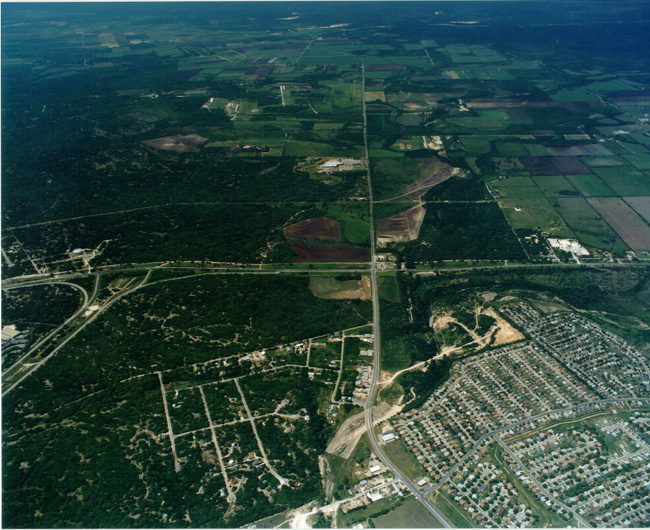